What is a “Noped?” And Why Mopeds Had Pedals

Original image by Elizabeth M, CC BY 2.0, via Wikimedia Commons

If you don’t, this blog post is for you, where you’ll discover:

According to MopedArmy.com, a “Noped” is a “motor bike which resembles a moped in many ways, except it lacks pedals.”

Yes, you read that right – “pedals.” But why did mopeds have pedals at all?

Here’s why mopeds had pedals

The first mopeds that appeared in Europe in the early 1950s were bicycles with small two-stroke engines attached to them.

These early mopeds didn’t have a kick start mechanism – and electronic ignition was pure science-fiction in those days.

So how would you start one of these early mopeds? Here’s where the pedals come in.

You’d start it up by pedaling, just like a regular bicycle, and eventually, the engine would kick in and do the most of the hard work for you.

Sometimes, it happened within 5 meters – other times, it took a while.

Either way, the first mopeds worked like a smokier and noisier version of today’s e-bikes or e-scooters.

For an example of what it looks like in action, here’s a YouTube clip of a 1958 Mobylette being started up:

But even in the 1970s, when kickstarters were common on many mopeds, some of them still had pedals, like the first generation Puch Maxi (pictured below): 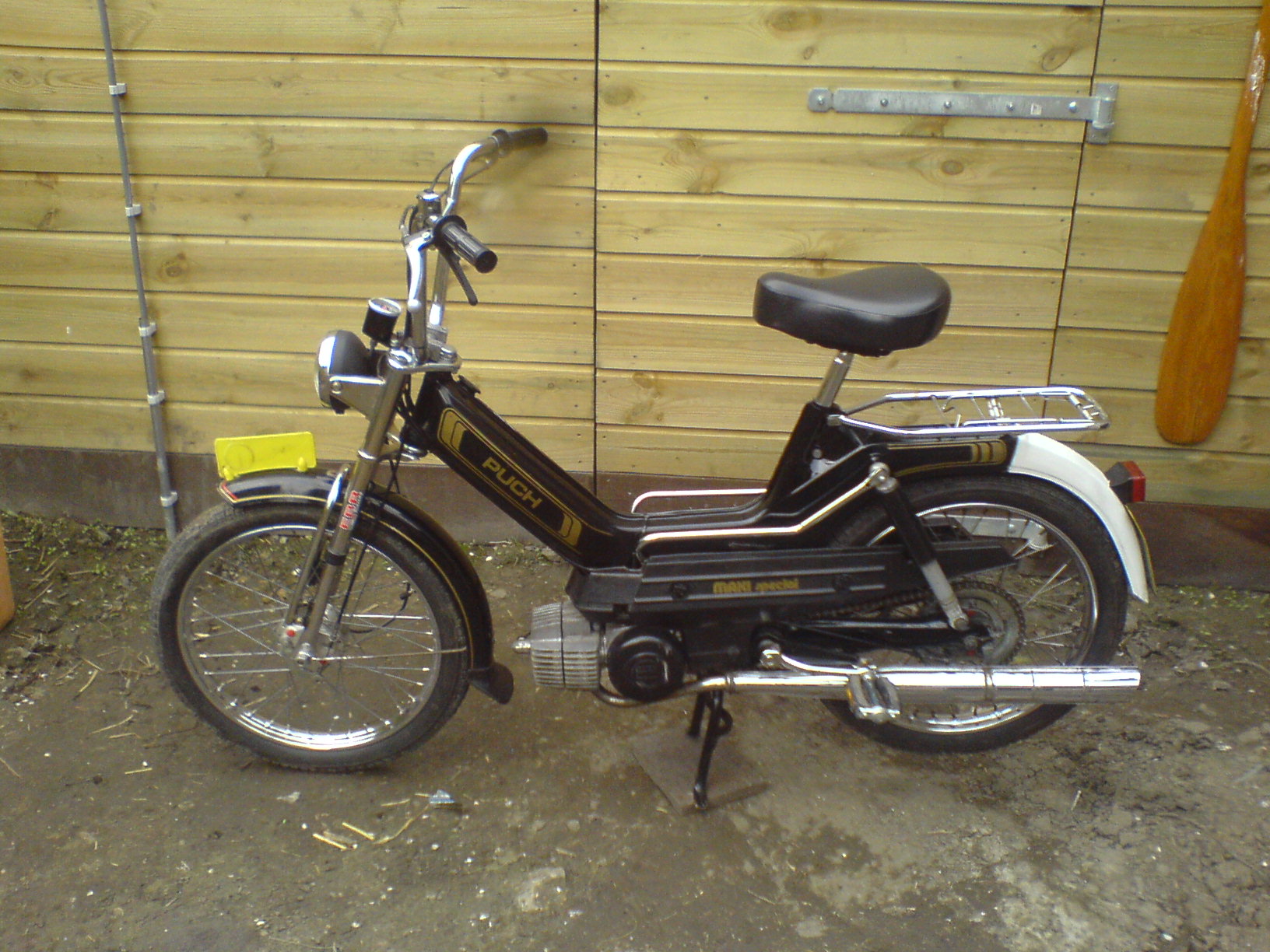 Some countries even had laws requiring certain types of mopeds to be equipped with pedals.

For example, Germany has the “Mofa” class which requires mopeds with a top speed of 25 km/h to have pedals.

It’s for this reason that the word “moped” is a combination of the words “motorized” and “pedals” – a term coined by Swedish automotive journalist Harald Nielsen in 1952.

The easiest way to explain the difference between a moped and a noped is to take a look at the pictures below: 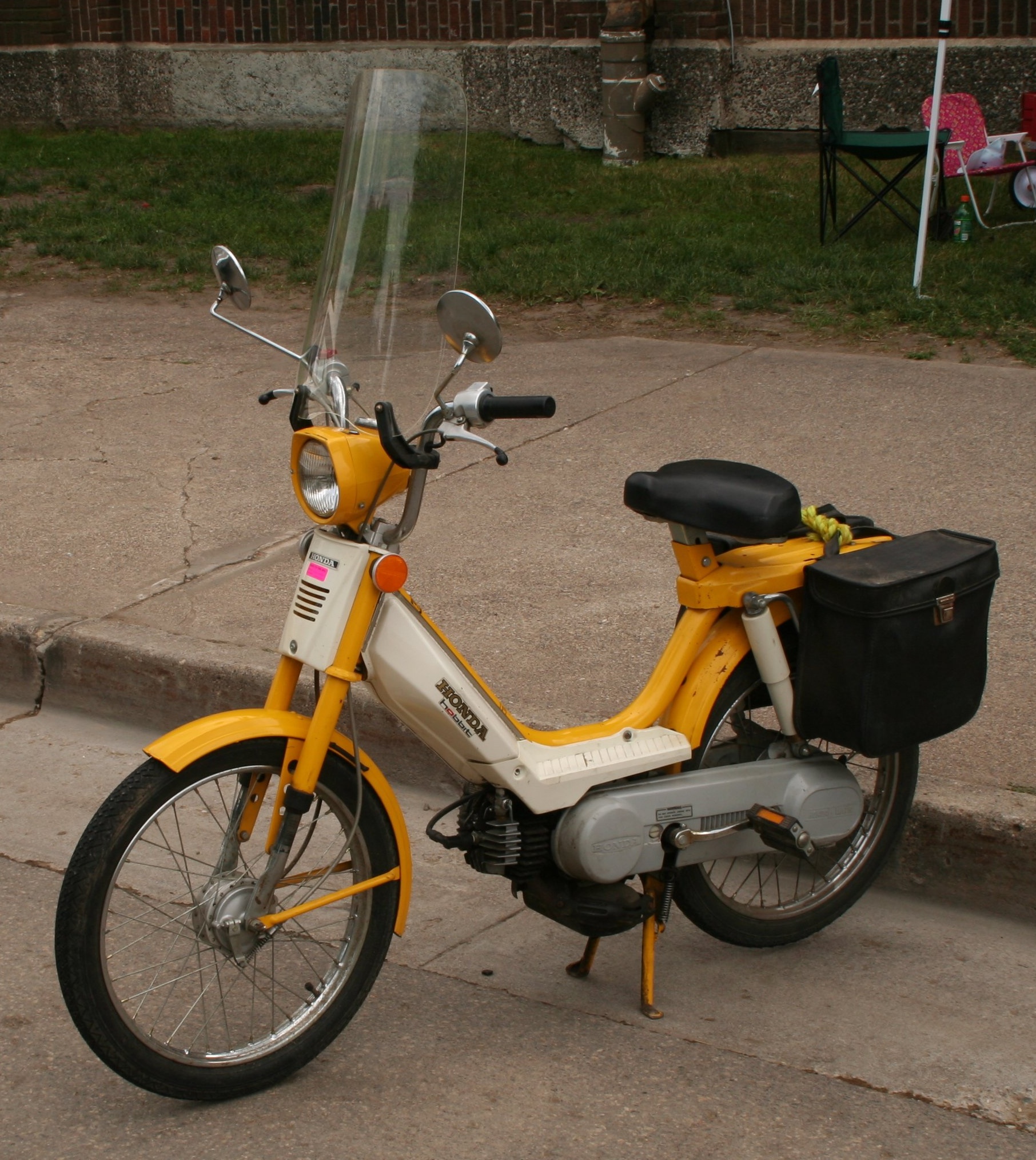 If you look closer, you’ll notice that the Honda PA50 Hobbit (pictured on the left) has pedals.

However, the Suzuki ZA50 (pictured on the right) has no pedals.