Puchjournalen Issues 5-8: Long Way Round On A Puch, Behind the Scenes, and a Paper-Thin “Special Issue”

In this second part of the Dual Wheel Journey 1-year anniversary special, we’re taking a look at Issues 5-8 of PuchJournalen.

If you haven’t already, check out the Part 1, where you’ll discover what Puchjournalen was and an overview of the first four issues.

Special credit: I’d like to thank Puchverkstan.se for uploading digital versions of every PuchJournalen issue.

The most interesting article in this issue is about a guy named Anders Henoch who made a Long Way Round-style trip on a moped.

Only instead of going around the world on a BMW R1150GS, he went from Uddevalla to Lycksele on a Puch Mexico (or Puch DS 50 VN):

For more of a context, here’s the route on Google Maps:

Just imagine what it would have been like on a 50 cc moped.

Another noteworthy thing is the letter to the editor section. This was a reoccurring section in Puchjournalen where people sent in letters, mostly related to moped maintenance.

But then there are letters like this one from a guy named Håkan, who is against wearing a helmet because, as he puts it:

“So far, nobody has had a crash, and think about how hot it gets in the summer.”

I had a good J. Jonah Jameson-laugh the first time I read that. I especially love the “think about how hot it gets in the summer” part.

It’s easily the worst excuse not to wear a helmet I’ve heard.

He’s basically saying that it’s worth the risk of having your skull crushed, as long as it doesn’t get “sweaty.”

The joke’s on him, though – because in the end, helmets became compulsory, something which we’ll see more of in later issues of Puchjournalen.

This issue has an article where they show how an issue of Puchjournalen is made. It’s kind of interesting, but there’s one thing I’m curious about.

If the magazine’s release schedule was so sporadic to the point where several months went by before the next issue – what do you think the people at the magazine did between issues?

Were they still working at the magazine? They even admit that they don’t make anything from this magazine in the article. So how did they pay their mortgage or rent?

And if they were doing something else, what would that be?

There’s a whole informational piece about helmets – although the part about ensuring the helmet fits you could use some work.

As educational as this article is, I can’t help but think back to the guy in issue 5 who didn’t want to wear a helmet because “it gets hot in the summer.”

He must have hated this article – assuming that his head wasn’t cracked like a peanut at this stage.

My favorite article in Issue 7 is about a school called Bergaskolan in Malmö where everyone rides with a helmet on.

According to the article, this all happened after a PTA meeting where a parent shared a story about how his son suffered severe head injuries because he wasn’t wearing a helmet.

Then, the principal asked the students how many would consider wearing a helmet – and everyone said yes.

Interestingly, the students who helmets used to get bullied because of it. It’s ridiculous to think about it these days, but there was a time when people scoffed at helmets.

Let’s not forget about the guy who didn’t want to wear a helmet because of “how hot it gets in the summer.”

This school also had special prizes you could win if you wore a helmet. I like this initiative, especially considering that there were no helmet laws at the time.

Although, as we shall see, things will soon change…

Between issues 7 and 8, a “special issue” was released just to advertise the new Puch Kansas model.

You’d think this would be an issue bursting at the seams with information worthy of its own individual post.

But then, you’d be wrong – this “special issue” is paper-thin. 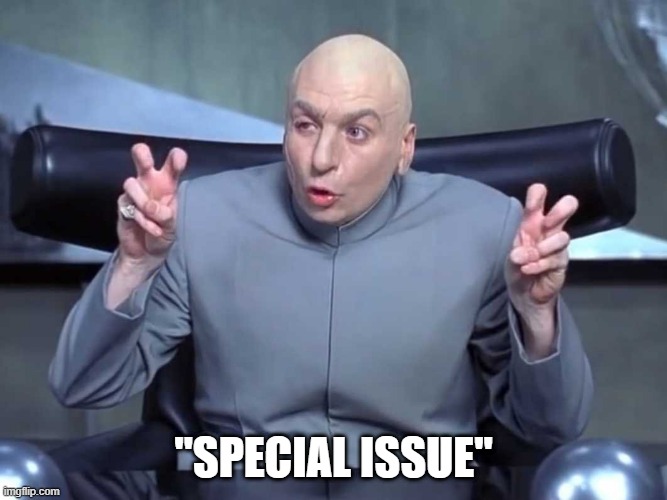 Why? Well, guess how many pages this “special” issue has? 4 pages.

In case you’re interested, here are the remaining pages:

The only interesting thing is an address to a Steyr-Puch office in Gothenburg that I discovered. Out of curiosity, I decided to go there, and this is what it looks like in 2022:

I think it’s safe to say that things have changed around here – the Puch dealership is no more.

The street in question, known as “Friggagatan,” used to be covered with motorcycle dealerships.

Aside from Puch, everyone from BSA to Honda, and even Harley Davidson had a dealership on Friggagatan during the second half of the 20th century.

It’s no wonder the street got the nickname “Bike Street” by the locals.

The most educational article in this issue is about how you can finance a moped purchase. I’m sure was helpful at the time – although I also question how much of it is relevant these days.

However, unlike the maintenance tutorial in Issue 4, this is not exclusive to the Puch VZ50 – the things this tutorial teaches could apply to most mopeds, Puch or otherwise.

The last thing to talk about for Puchjournalen 8 is this ad for helmet decal stickers:

Keep this ad in mind – there will be a follow-up to it in issue 9.