What is the Puch VZ50 and who made it?

The Puch VZ50 is a 50cc sports moped made by the Austrian motorcycle and moped manufacturer Puch between 1965 and 1975. Unlike many other mopeds at the time, the VZ50 looked more like a small motorcycle – making it appealing to many teenagers in the 1970s. The engine was also fan-cooled – also quite unusual for mopeds at the time.

When Sweden started importing the VZ50 in 1966, it got the name “Puch Dakota” – a name thought up by Lundbolagen AB – the Swedish importers of Puch mopeds. It’s unclear whether it’s South or North Dakota, though.  The first models were available with a British Racing Green paint job, although between 1967-1970, they were also available in red and blue between 1970-1982. Out of all the Puch models, the Dakota/VZ50 has reached something of a cult status in Sweden. It’s so iconic that there’s a novelty comedy song named after it:

Different versions of the VZ50: 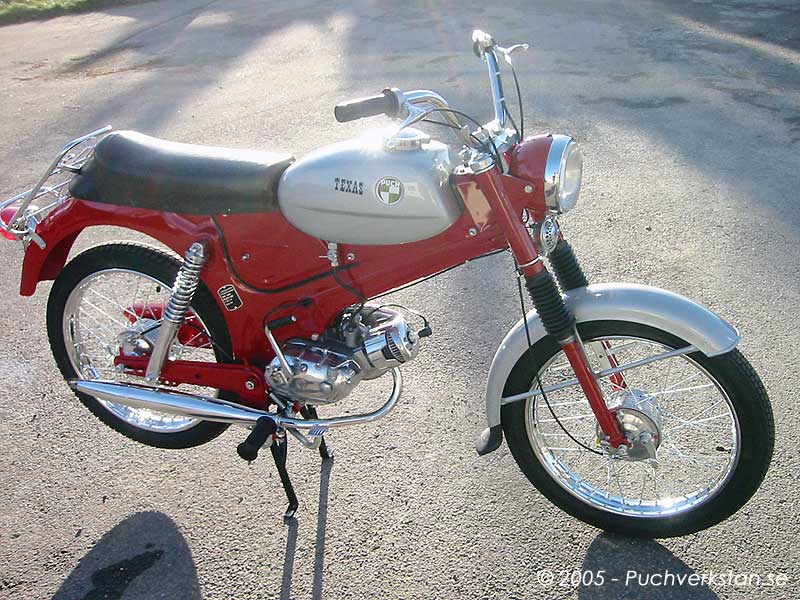 Original photo by Puchverkstan.se
Made between 1973-1984, the VZ50 V3 (aka the “Texas”) is a budget version of the standard VZ50, where several features were removed to keep costs down, including: 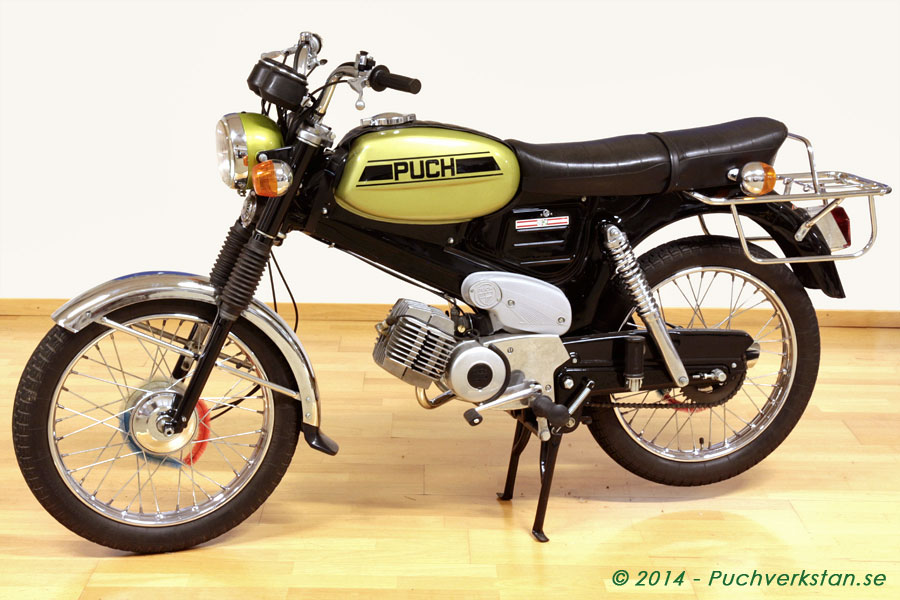 Original image by Puchverkstan.se
The “Flagskib” is a unique model of the VZ50 made exclusively for the Danish market that had a rev counter and indicator lights fitted as standard. And in case you’re interested, the Danish word “Flagskib” literally translates to “Flagship.”