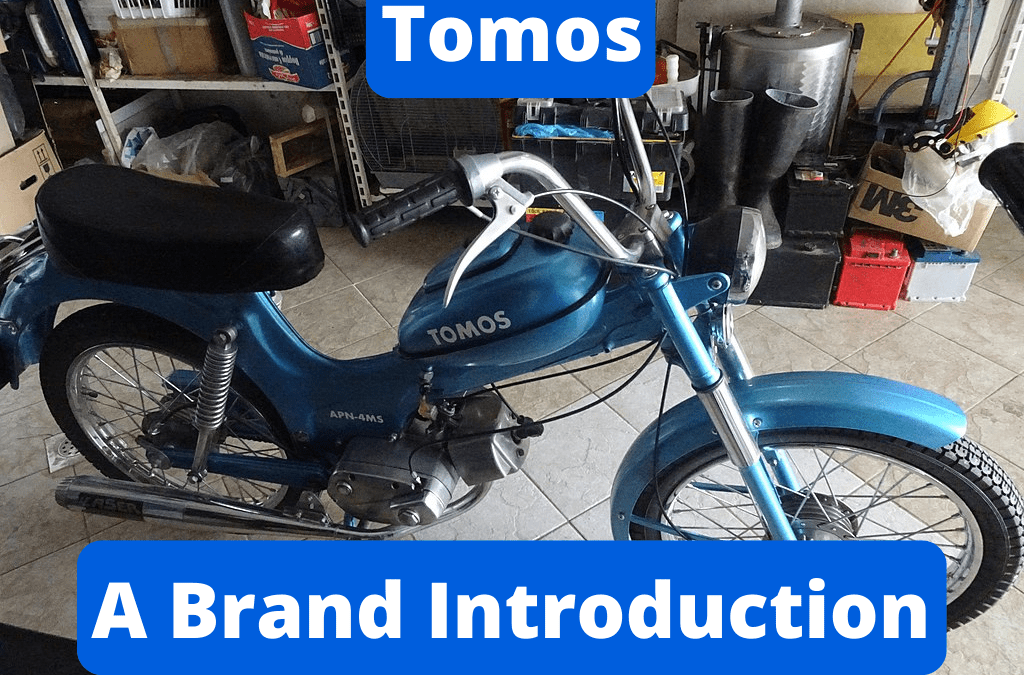 The company started out building two-wheelers (some of which were licensed by Puch) in 1954 in the Slovenian city of Sežana.

Similar to Kymco, “Tomos” is an abbreviation for “TOvarna MOtornih koles Sežana.” Fittingly, this translates to “Motorcycle Factory Sežana.”

Their first motorcycle was known as the “Tomos Puch SG250.” In the late 1950s, they branched out into mopeds with the “Colibri” – a variant of the Puch MS 50.

As the rest of Europe got back on its feet after WWII, more markets opened up in countries like the Netherlands, where Tomos had a strong presence.

And when the United States embraced the moped in the 1970s, Tomos’ American affiliate sold over 2,000 units in their few months of business.

In fact, unlike other moped brands that went away, Tomos made a brief return to American shores in the early 2010s.

During this brief renaissance, the company introduced two new models called the Racing TT and the Sprint.

The latter of which you can spot in this Moped Problems YouTube channel:

Despite this comeback, the renaissance didn’t last long, as Tomos sadly went bankrupt in 2019.

I’ve already brought it up, so we might as well start with the Sprint.

The Sprint resembles a more classic 1970s moped in terms of design, including the pedals.

But there are a few new additions.

One such addition is the A35 engine – an upgrade from the earlier A3 engine from the 1970s models.

If you’d like to discover more about the Sprint, check out this video from Tyler Taught Me:

While the Sprint had a more classic 1970s moped design, the 2017 Racing TT is the stark contrast to that.

With its more aggressive styling and lime-green fairings, the Racing TT resembles a standard street motorcycle more than a typical moped.

Let’s return to the more classic moped designs with the APN 4MS – a single-cylinder two-stroke moped made between 1970-1984 that boasted a top speed of 55 km/h (or 34 miles per hour).

And in case you thought it looked similar to a Puch MS50 (aka Puch Florida in Sweden) – it’s because it was modeled after one (that’s where the “MS” in “APN 4MS” comes from). 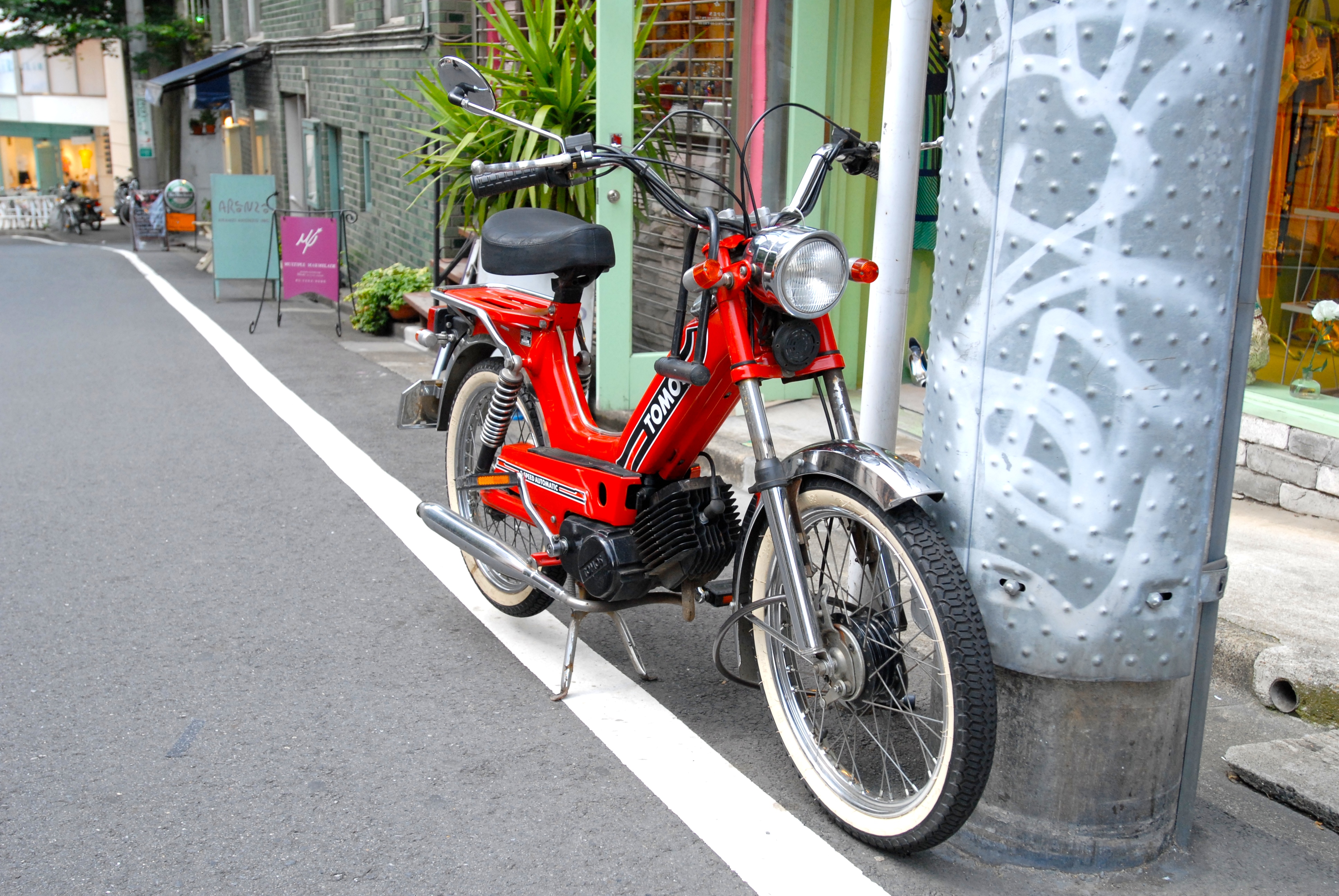 Vishal Soniji, CC BY-SA 2.0, via Wikimedia Commons
But the United States wasn’t the only far-off location that Tomos traveled to. Enter the Tomos Classic 2 – a model made exclusively for the Japanese market.

While information about this particular model is scarce, its design is almost identical to the Sprint, which includes the pedals.

← 7 Highlights from The Moped Problems YouTube Channel What is a Maxi Scooter? →