What are Raleigh Mopeds?

Raleigh was founded in 1887, and despite having the same name as the state capital of the US state of North Carolina, they weren’t based there. They weren’t based anywhere in the United States at all – but rather in the British city of Nottingham. Furthermore, similar to Puch, they also started making bicycles before moving to motorcycles and eventually mopeds. In 1930, there was an attempt to build three-wheelers built under license. However, in 1934, they discontinued their three-wheelers, and Raleigh’s designer T.L Williams quit shortly afterward. 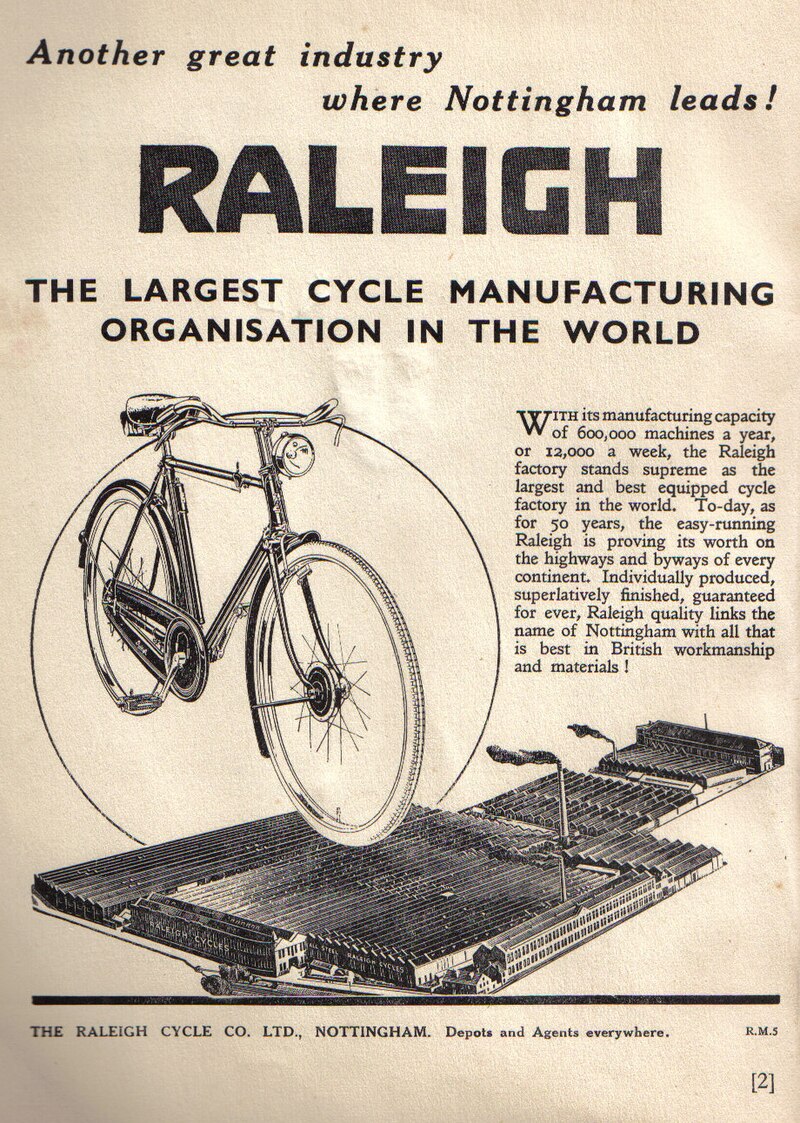 Did you know that…

T.L Williams ended up founding a little motor company known as “Reliant.”
In 1958, Raleigh’s first moped, known as the “RM 1,” rolled off the factory floor – complete with a single-speed gearbox, 26″ wheels, and BSA-made Sturmey-Archer engine. In 1960, Raleigh signed a contract with the French moped maker Motobecane to make licensed mopeds and scooters. But interestingly, while this agreement mean new opportunities, it also caused a problem for Raleigh. Mainly that the agreement only applied to nations belonging to the British Commonwealth. This meant that Raleigh couldn’t sell their Motobenane mopeds in Ireland – even though they were already a well-established brand there. Regardless, production continued until September 1969, when Raleigh officially closed up shop after being in business for 82 years.

One common feature most Raleigh mopeds share is that if you want to, you can disconnect the engine and rely solely on pedal power alone – just like a Puch Maxi or Piaggio Ciao. To do this, simply turn the wing button near the bottom bracket pulley:
Source: Warring, R., Clymer, F., & VelocePress. (2016). BOOK OF THE RALEIGH MOPED ALL MODELS 1960-. Veloce Enterprises, Inc. 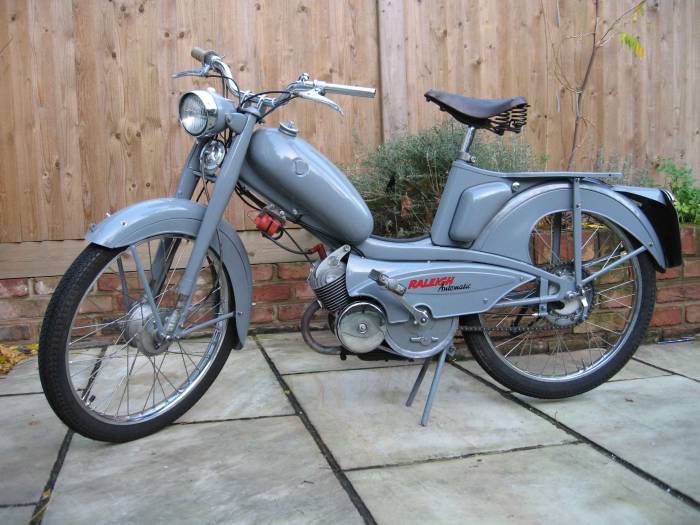 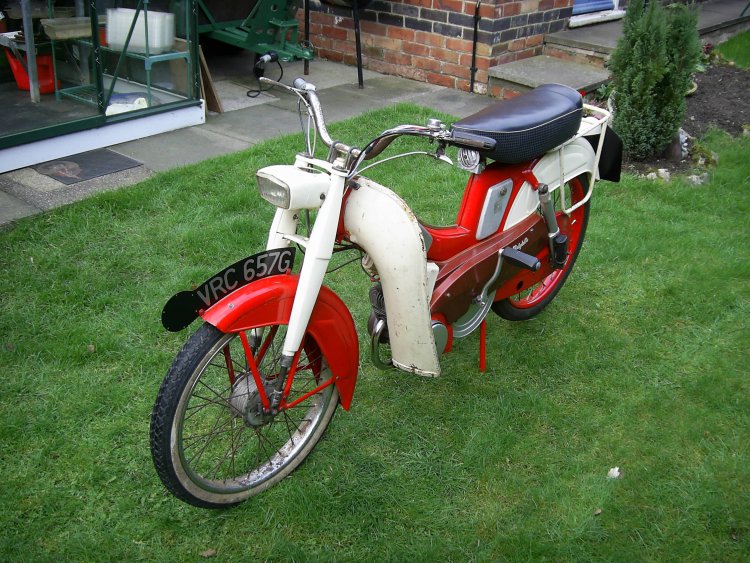 Source: MopedArmy.com
In terms of their engines, there are very few differences between the Raleigh RM4 (left image above) and the RM5 model (right image above). The most noteworthy differences are that the RM4 has a single seat and a 1-speed gearbox. The RM5, on the other hand, has a CVT transmission and a seat that can fit two people.

Also known as the “Runabout,” the Raleigh RM6 was first made in 1963 and is one of the more popular models. Despite this, it’s mostly similar to the RM4 – except for its styling. The RM4’s styling is more bicycle-like, especially regarding the front forks and the front wheel. In 1965, Raleigh made a special version of the RM6 called the “Runabout Super de Luxe,” which featured an electric horn and leg shields. But apart from these updates, the engine specs are nearly identical to the standard RM6 model.

Introduced in 1965, the Raleigh RM12 (AKA the “Super 50”) had the same engine as the RM5, but only seats one person instead of two and has slightly better performance. In addition, the RM12 also has a small windshield.